You are here: Home › What Makes Couples Click in 4 Minutes 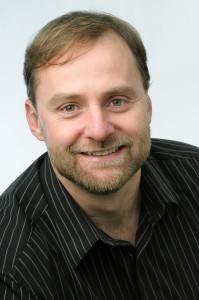 Male emotional attunement to female needs is instrumental to creating romantic connections that connect.  According to a new Stanford Research study on speed-dating, conventional wisdom concerning creating a connecting experience is absolutely wrong!  The patriarchal folk wisdom of “make the conversation about the man” doesn’t work.  Women, in relationships, and evidently in the first four minutes of meeting a man are very interested in his ability to empathize with and care about what concerns her.

New Stanford research on speed dating examines what makes couples ‘click’ in four minutes.  Check it out! And let me know your thoughts on it.    —–Todd Harvey, MFT

Stanford researchers analyze the encounters of men and women during four-minute speed dates to find out what makes couples feel connected.

Stanford researchers studying how meaningful bonds are formed analyzed the conversations of heterosexual couples during speed dating encounters. Successful dates, the paper notes, were associated with women being the focal point and engaged in the conversation, and men demonstrating alignment with and understanding of the women.

Can you “click” with someone after only four minutes?

That’s the question at the heart of new research by Stanford scholars Dan McFarland and Dan Jurafsky that looks at how meaningful bonds are formed.

McFarland, a sociologist at Stanford’s Graduate School of Education, and Jurafsky, a computational linguist, analyzed the conversations of heterosexual couples during speed dating encounters to find out why some people felt a sense of connection after the meeting and others didn’t.

Their paper, “Making the Connection: Social Bonding in Courtship Situations,” was published this month in the American Journal of Sociology.

“One of the key features of a community, social network or relationship is the sense that it’s meaningful, that there is some kind of force behind the relationship,” McFarland said. “We wanted to get at what the essence of the connection is, what makes people feel like they bonded.”

McFarland said much of the literature on social bonding points to characteristics – traits, status, attributes, motivation, experiences – as reasons why people connect. But, he said, those explanations ignore or downplay the role of communication.

There is a great deal of uncertainty, the paper notes, about the meaning of signals we send to other people, and how that plays into forging interpersonal connections.

“We wanted to see if there is anything about the interaction that matters or is it really just what I look like, what I do, what my motivation is. Is it all things that are psychological or in my head or is there actually something in how we hit it off?”

Their analysis of nearly 1,000 dates found that words, indeed, do matter. How the words are delivered, when and for how long make a difference to how people feel toward each other, and in this case, whether the men and women sensed that they “clicked” during their encounter.

The four-minute date, the study found, was enough time to forge a meaningful relationship – something that seemed to go beyond looks and motivation. But female participants reported lower rates of “clicking” than men, suggesting the women are more selective and, in this particular setting, more powerful.

The participants in the study were graduate students at Stanford, and wore audio recording devices during their dates. The dates lasted four minutes each, and after they were done, the participants filled out a scorecard that, among other things, asked if he or she would like to go out on a real date with the person. If both parties said yes, a real date was set up.

For the purposes of this study, the participants also filled out pre- and post-date surveys.

The dates were transcribed and computer software was used to analyze the words and speech to see if any characteristics of the language corresponded to the participants’ reporting of feeling a sense of connection.

“We were looking at conversational behaviors or speech features and how they express characteristics of the social experience, how you feel about the other person,” Jurafsky said.

Women reported a sense of connection to men who used appreciative language (“That’s awesome” or “Good for you”) and sympathy (“That must be tough on you”).

Women also reported clicking with male partners who interrupted them – not as a way to redirect the conversation but to demonstrate understanding and engagement, for example, by finishing a sentence or adding to it.

Both genders reported clicking when their conversations were mainly about the women.

“You could say men are self-centered and women are always trying to please men and dates will go well if they talk about the guy, but it turns out that’s just not true. It’s just the opposite,” McFarland said. “This is a situation in life where women have the power, women get to decide. So talking about the empowered party is a sensible strategy toward feeling connected.”

While interrupting could be viewed as positive, asking a lot of questions tended to have a negative result.

“Women feel disconnected when they have to ask men questions, or when men ask them questions,” the paper said. Questions were used by women to keep a lagging conversation going and by men who had nothing to say.

Successful dates, the paper notes, were associated with women being the focal point and engaged in the conversation, and men demonstrating alignment with and understanding of the women.

Shared stories also indicated a sense of connection, as did speakers who showed enthusiasm by varying their speech to get louder and softer.

The researchers said the longer it took for the individuals to decide on a date, the more they reported having a bonding experience, suggesting communication can change someone’s feelings about another person and break the association with traits.

Further studies could look at same-sex relationships, for example, or could explore the transitions to other states, like marriage.

Stanford’s Institute for Research in the Social Sciences and various grants from the National Science Foundation supported this interdisciplinary research effort.